The Federation Hosts AGM and Announces New Board of Directors 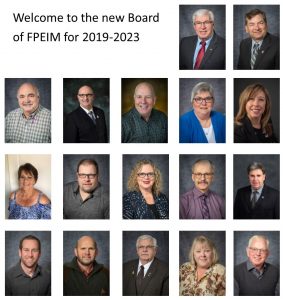 – The Federation of Prince Edward Island Municipalities (FPEIM) held their Annual General Meeting in the Rural Municipality of St. Peter’s Bay.  The meeting had over 140 attendees with a mix of business and learning.

Federation President Bruce MacDougall said, “The election and resulting new Board members provide a diversity of urban and rural and a mix of Kings, Queens and Prince county municipal government representation. Thank you goes to our past board members, those who continue to serve their communities and new board members.”

The Federation of PEI Municipalities is committed to representing member municipalities as a strong and unified voice and to fostering effective, efficient and accountable municipal government in Prince Edward Island.  For more information on FPEIM please visit fpeim.ca.