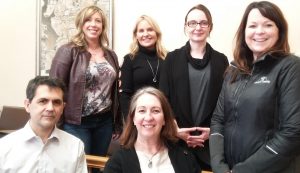 Federation of PEI Municipalities President Bruce MacDougall is pleased to host this important dialogue on PEI, saying, “I look forward to a time when the makeup of municipal councils reflects the makeup of the population, and I congratulate FCM for the work it is doing to create a national plan to get more women involved in local politics.  FPEIM is pleased to be one of the partners in this initiative.”

“The goal of Toward Parity is simple—to work toward equal representation of women in local office. It is a continuation of the more than decade-long partnership between FCM and Status of Women Canada,” said FCM President Vicki-May Hamm. “That partnership has focused on increasing the representation of women serving and engaged in politics, providing leadership in areas of inclusion and gender equality, and developing tools and resources for municipalities.”